The Holy Monastery of Zographou 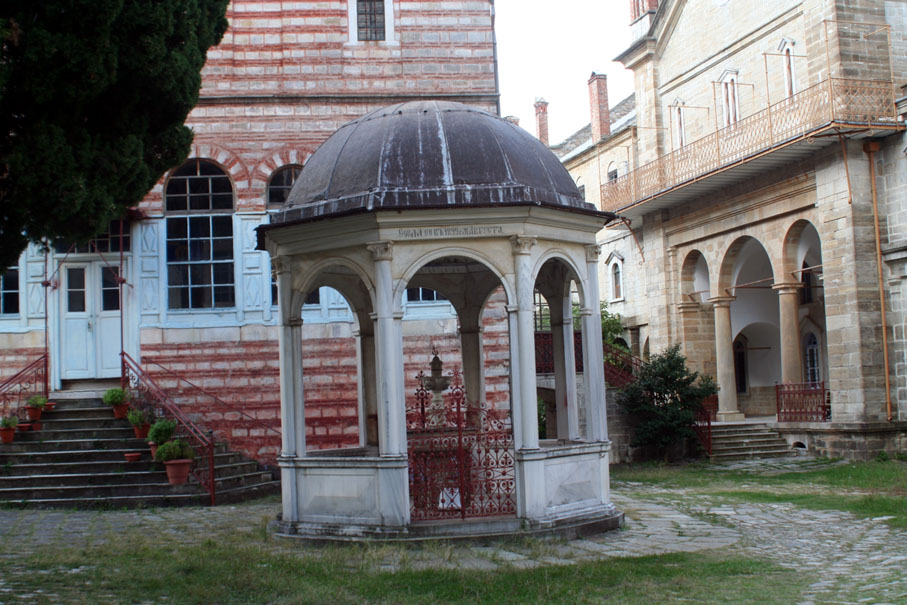 The monastery was founded shortly before 980, apparently by an iconographer named George, zographos meaning painter. The tradition of accepting Bulgarian monks at Zographou had already begun in Byzantine times, but the monastery always had monks from many nations. Services were held exclusively in Bulgarian only from 1845, before then Greek had been equally used. The katholikon is dedicated to St. George and was built in 1801 and frescoed in 1817. The most important relics are the “acheiropoietos” (not-made-by-hands) icon of St George, traditionallty associated with the monastery’s founders, another icon of the same saint and the manuscript of the monk Paisios of Chelandari (18th cent.) containing the first complete history of the Bulgarian nation.