The Holy Monastery of the Great Lavra 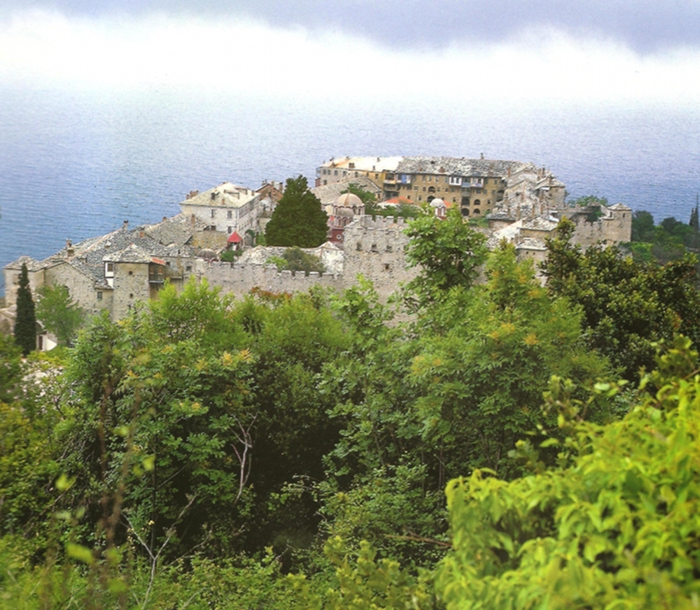 The monastery was founded by the reformer of Athonite monasticism St Athanasios around 963, with money provided by the emperor Nicephoros Phocas. It stands first in the hierarchy of Athonite monasteries and is one of the largest complex of buildings on Mount Athos. The core of the katholikon was built by the saint around the year 1000. The church is dedicated to the Annunciation and its feast day on 5 July is celebrated in memory of St Athanasios, whose tomb is in the chapel of the Forty Martyrs. The wall-paintings in the katholikon are by Theophanes the Cretan (1535), and those in the chapel of St. Nicholas by Frangos Catelanos (1560). Theophanes is also believed to have painted the murals in the refectory, which include the philosophers of ancient Greece. The phiale in front of the katholikon and the relics in the treasury are well worth seeing. Within the jurisdiction of Lavra lie the sketes of St Anne’s, Kafsokalyvia and Prodromou, and also the so-called “Desert” or wilderness at the tip of the Mount Athos peninsula.