The Holy Monastery of Pantokratoros 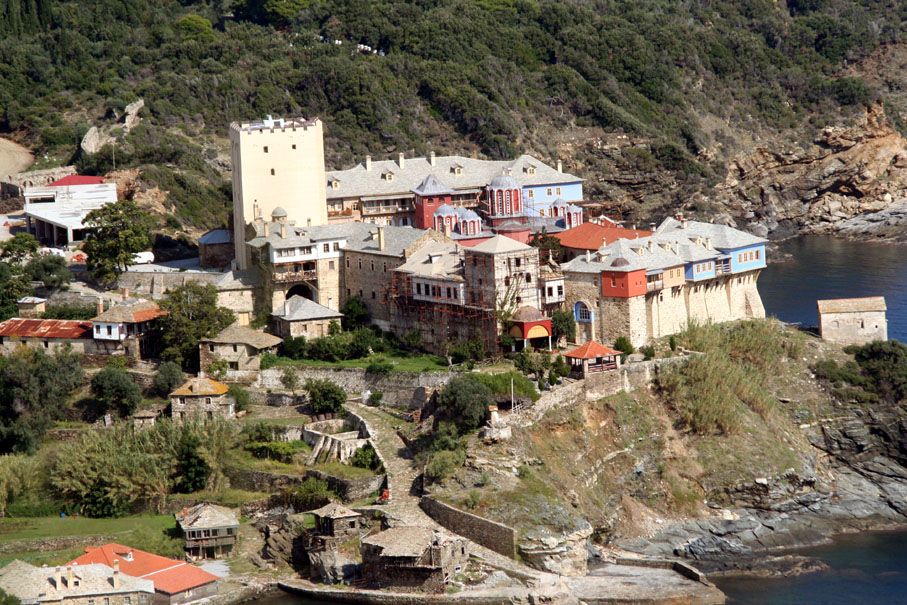 The monastery was founded in 1357 by the brothers Alexios and John, respectively high military and civil officers of the Byzantine empire. The Katholikon, dedicated to the Transfiguration, was inrik around 1363 and frescoed immediately afterwards. The chapel of the Dormition of the Virgin was built and frescoed before 1538 and in 1614 the katholikon was extended eastwards, the Typikaria were added and the extension was frescoed. The original wall-paintings were painted over and added to in 1854 by the neoclassicist Matthew Ioannou, but much of the 14th century work can still be seen. The refectory was built in 1741 and frescoed in 1749. Notable among the monastery’s relics are an embroidered epitaphios cloth and the large 14th century icons on the iconostasis. Pantokratoros has jurisdiction the skete of Prophet Elijah, most of the Kapsala community, the “Axion Estin” cell and the old monastery now a cell, of Ravdouchos, near Koutloumousiou.