The Holy Monastery of Iviron 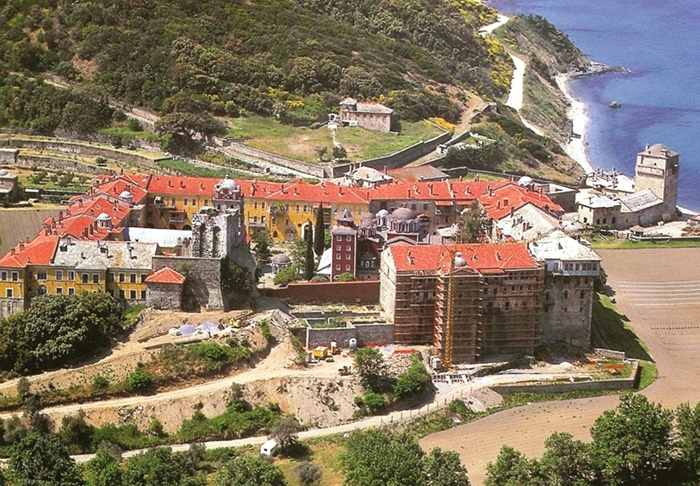 The monastery was founded in 980 by the Iberian noble and distinguished general John Thornic, who essentially enlarged and renamed the old monastery of Clementos granted to him by the emperor Basil II. Of this earlier monastery’s only part of the katholikon seems to have survived, incorporated into the chapel of the Forerunner behind the present katholikon. The katholikon, dedicated to the Dormition of the Virgin and built between 980 and 983, contains the tombs of the founders and seems to be the oldest surviving katholikon among the mountain’s twenty ruling monasteries.

The wonderful marble pavement is of the 11th century, and the church’s watt-paintings belong to various phases from the 16th to the 19th centuries. The chapel of the Portaitissa, or Virgin of the Gate, houses the icon of the same name, one of the most revered on Mount Athos. In the chapel’s narthex are murals of the ancient Greek philosophers (1683). The votive offerings kept in the treasury are worth a visit. Iviron has jurisdiction over the Skete of Prodromou. also known as the Iviritic skete.