The Holy Monastery of Filotheou 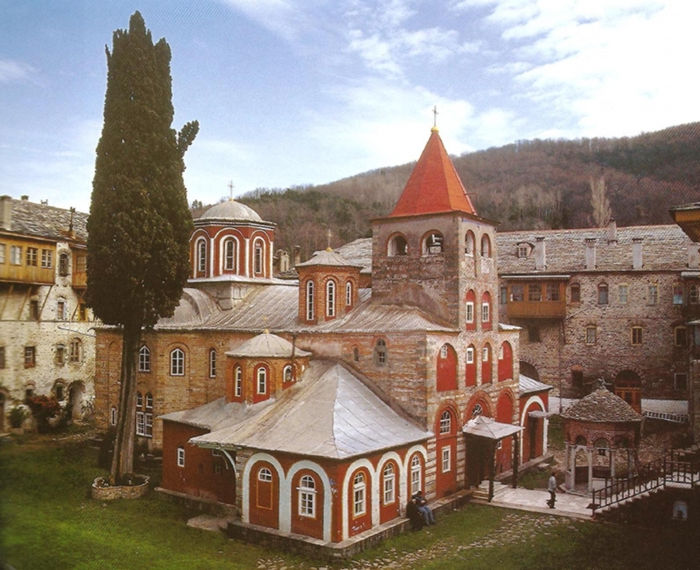 This monastery is first mentioned in 1013, recorded as the “Monastery of Pteres”. Two years later is mentioned by its present name, which to be that of the founder. In the 16th century abbot was the St Dionysios who later founded the monastery of St Dionysios on Mt. Olympos. The great St Cosmas Aetolos was a monk at this monastery in the 18th century. The katholikon dedicated to the Annunciation, was built in 1746 on the site of the earlier church, and frescoed in 1752 and 1765. The refectory contains wall-paintings of the 16th century. The monastery’s greatest treasure is a reversible icon showing the Sweetly-Kissing-Virgin on one side and the Crucifixion on the other.