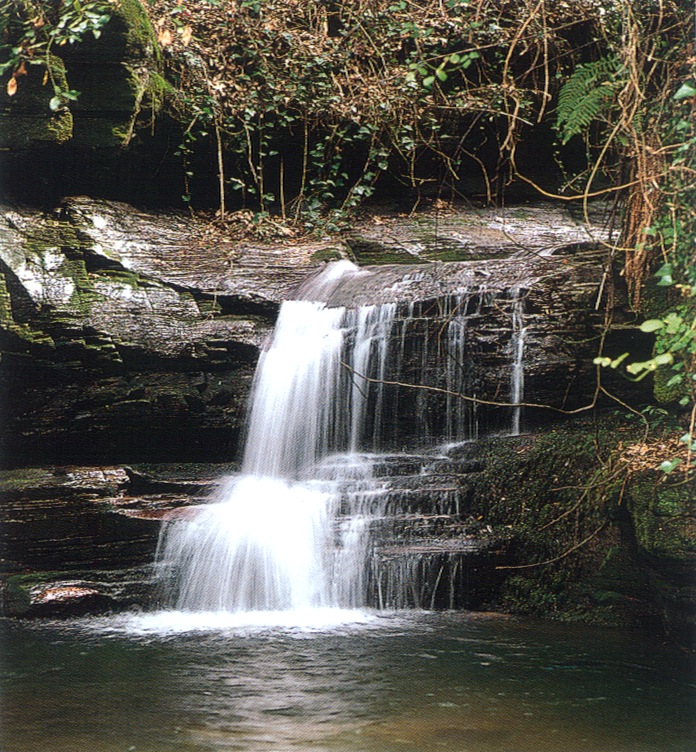 Naturally enough, the ensuring of a water supply and of arable land has always been a condition for the permanent establishment of a monastery in a particular place. The location of a usable quantity of water, and its transportation, storage and distribution was a basic concern for all monastic foundations, small (kellia*, kathismata*) and large (monasteries, sketes). Thus the Vatopaidi Monastery gradually acquired extensive water supply installations. The water was collected from the springs by means of natural outflow, passages, weirs, etc., and was moved by closed or open conduits, which often bridged stream beds by small aqueducts, so that it eventually reached closed cisterns for drinking water and open ones for water-power or irrigation. More specifically, the water which drove the mills and the olive press came from the dam in the stream below of the Kelli of St Hypatius, in the area of the Skete of St Demetrius, and from the Piniri spring. The water was taken by means of a masonry conduit as far as the open cistern outside the Monastery’s central gate, and from there, by exploiting the great difference in height, drove the vanes of the flour mills and the olive press. From many points along the course of the conduit, special overground and underground channels circumvented the vanes and carried the water to the gardens for irrigation and storage in the many cisterns.

The Monastery’s drinking water comes from the springs in the general area of the Skete of St Demetrius. In 1890, a major hydraulic project, undertaken by the Austrian engineer Peter Miller, brought a water supply to the northern side of the Monastery from a spring near the Skete. A few years later, in 1901, water was brought from another spring in the area of St Demetrius to the western wing and the large cistern for fire-fighting was constructed on the top of the hill to the south-east of the Monastery.